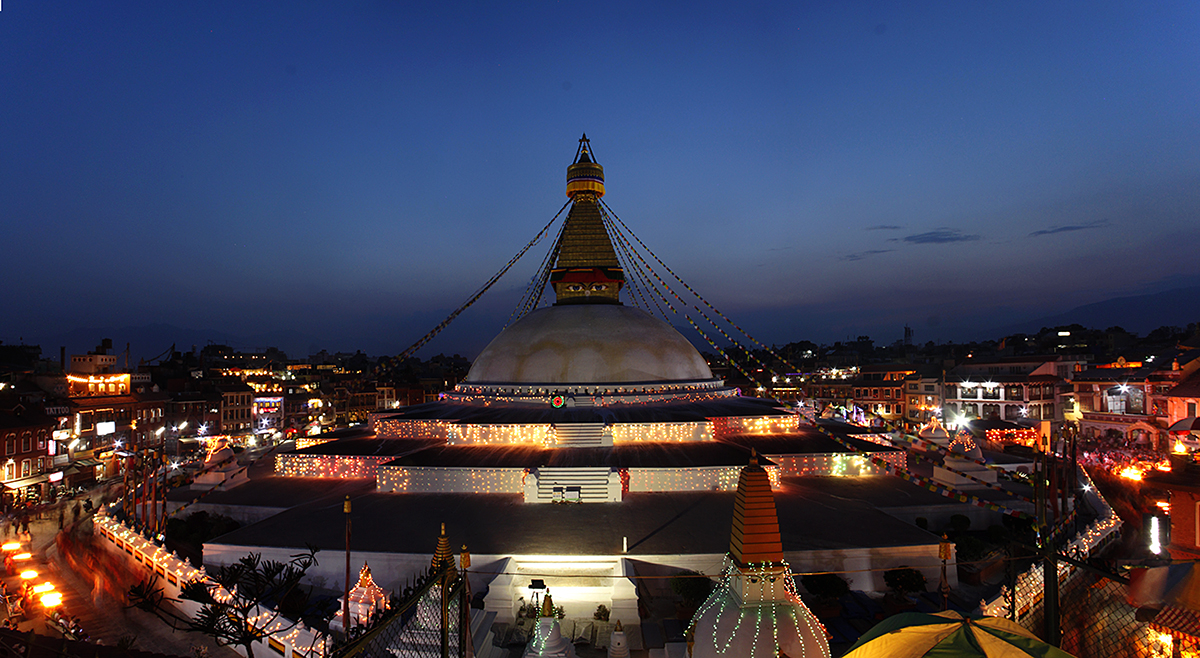 Nepal is the land of Buddha and world tallest Mount Everest

Nepal is the remarkable land of most beautiful world highest mount Everest and god of peace lord Siddhartha Gautama Buddha. It makes Nepal is a world recognizable panoramic diverse and exotic travel destination in the world. Among others, these are the key component of our nation. We are proud to be Mt Everest and the land of Buddha. This world famous destination, easily recognized by the foreigner where is Nepal. This is a small country but we are wealthy by the beautiful nature, traditional culture and ancient art. Nepal is acknowledged as a unique adventurous destination because of the natural, cultural aspect. Which are worldly prominent Himalayan ranges and much more cultural heritage? Thus Nepal is the country of Mount Everest and Buddha.

Nepal a landlocked country in south-Asia is situated between two large countries China in the north and India in the south. A complete federal democratic nation with a total area of 1, 47,181 sq.km, with an estimated population of 26.4 million. Nepal includes the part of the indo-genetic plain, diverse geography, fertile lands, subalpine forested hills and eight of the world’s ten tallest mountains including Mount Everest.

Mt. Everest; pride of the nation is located in the Eastern part of Nepal between the international border of Nepal and China. Earth’s highest mountain area was dates back to 800 BCE when the Kirati (famous Nepali kingdom) had their kingdom in the Mahalangur Himalayan. The name “Mount Everest” was first proposed in 1856 and published in 1857, in which the mountain was confirmed as the world’s highest mountain with the height 8,848m, but in the early 1960s, the Nepalese government coined a Nepali name for Mount Everest, Sagarmatha – goddess of the sky, similarly, Tibetan people called as Chomolungma and in Chinese as Zhumulangma. Because Everest is the highest mountain in the world it attracts many climbers and best destinations for the people who love adventures. Nepal is recognized as a country of Sagarmatha in the world. It has an influential role in expanding the identification of Nepal and the Nepali in the global arena.

Buddha: Nepal is not only a country of natural beauty it is a country of complete Secularism in the world where every religion is respected equally. Nepal is a place to learn everything about Buddhism. The origin of Buddhism is rooted in the Terai plain, where prince Siddhartha Gautama (Buddha) was born 500 BC ago into a royal family; the ancient kingdom of Kapilavastu, Lumbini. Lord Buddha -the light of Asia -enlightened person achieved his enlightenment sometime around 528 BC and founded Buddhism. Buddha, which meant one who is awake, is the title he received after getting enlighten. He shared his knowledge with his former friends and many people became his disciples and later on, the Buddhist religion was started. He believed that it is a mind that needs to be at peace and under control and human life is a balance between physical and mental conditions. He died at the age of 80 because of Illness.

The famous birthplace of Lord Buddha is listed in the World heritage site. Buddha is one of the greatest pride Nepal has and is responsible for the start of Buddhism all over the world. Nepal is a proud country to be the home of Gautam Buddha, the Light of Asia and the home of Mt.Everest.