968 sq. Km. The Park famous for viewing rare and endangered antelopes the Black Buck, and habitat for Royal Bengal Tiger, one-horned Rhinoceros and hundreds of different species of mammals and reptiles and birds life.

This Park placed in the far mid-western Terai, east of great Karnali River, one of largest undisturbed wilderness for the wild-life safari in the Terai region. About 70 % of the Park covered with Sal forest with the remaining, balanced mixture of grassland, savannah, and riverine forest.

Endangered birds encompass Bengal florican, lesser florican, silver head media, and Sarus crane. Additional 30 different mammals, over 200 species of birds, and many snakes, lizards and fish have been recorded in the Park’s forest, grassland, and river habitats. A good number of inhabitant and migratory birds are found in the Park.

To reach Bardiya National for Wild-Life Safari either take a long, fascinating overland journey of 8 hours. The easiest and short ways were flying to Nepalgunj city of 50 mins air ride then short drive to park premises where jungle lodge situated.

Nearly all seasons of the year where March to May springtime will be the best time with beautiful, bright morning till afternoon, with some chances of rains sometimes.

October to mid-December another best months around Autumn/Fall and pre-winter, when most of the days are clear for views and to observe animals and bird-life with cooler nights and morning sometimes.

Day 01: From Kathmandu fly to Nepalgunj and drive for few hours to reach park outskirt and transfer to lodge / hotel.

Day 03: Morning nature program then drive for flight to Kathmandu. 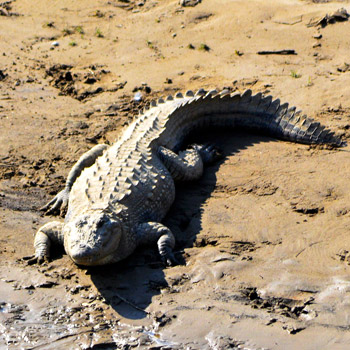 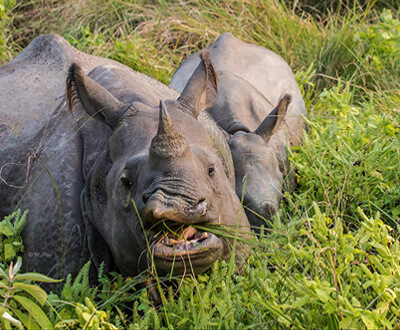