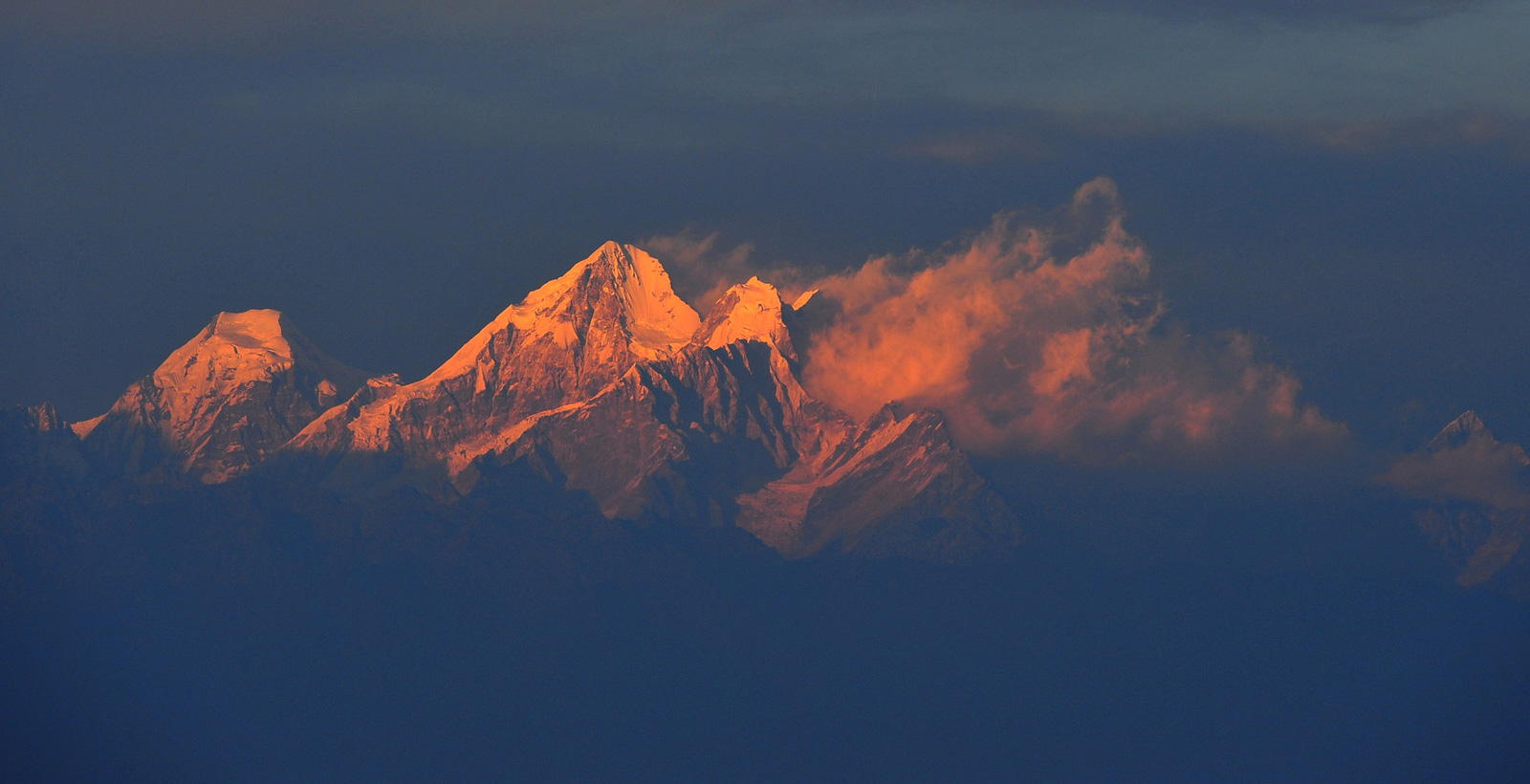 Langtang Helicopter Tour, an enjoyable ride, is heading North direction from the capital Kathmandu, the closest mountain range of Central Himalayas from the city and valley of Kathmandu at a mere 35 k.m air distance.

Langtang Helicopter Tour takes less than an hour to reach and land at the beautiful scenic spot around Langtang valley in Kyanjin, surrounded by an array of high peaks of Langtang Himal with some mountains of Tibet.

Marvelous air tour on Helicopter an ideal and perfect way to view Himalayan high peaks at a close distance as well to feel and catch fresh cold mountain air for sometimes in the harmony of high peaks of Central Himal Langtang Mountains.

Langtang Himal Helicopter Tour takes you above rolling green hills covered with tall trees of rhododendron, magnolia, pines and fir tree lines during the spring season from March to May the hills and valley are bright with wild-flower in bloom time.

Langtang Himal falls within the Central Himalaya range with massive Ganesh and Manaslu Himal in the west with Jugal Himal towards the east direction, where Langtang Himal forms a barrier of Nepal and Tibet / China border.

Located within the Rasuwa district within the Langtang Himal region, which is also the main entry point to Tibet-China from the Langtang area where the route leads on old and present Trans Himalaya Salt and Caravan Trail of both countries.

An exciting and scenic place to visit for a trekking week duration with great options on a short flight in a chopper, a pleasant and picturesque joy ride to experience.

Places of interest and views on Langtang Helicopter Tour:

Soon as you take off from countries, the only international airport at Kathmandu where flight offers beautiful scenic views of Kathmandu city and the valley enclosed within tiers of green hills.

As chopper lifts higher heading due North above rolling hills dotted by many farm villages with neat rows and amphitheater of terraced fields as Helicopter flies above river gorge covered in a dense alpine forest, then finally reaching a wide scenic valley of Langtang at Kyanjin.

On Helicopter flight and on landing grand views of Tsergo-Ri and Kyanjin-Ri closest high hill with panorama of Langtang Himal, Ghengu Liru (Langtang II – 6571m), Langtang Lirung (7,425m) Kimshun (6,745m), Shalbachum (6,918m) towards views of Chimsedang Himal which forms a ridge with Naya-Kanga or Ganjala peak at 5,846m includes Gangchempo and Tilman’s beautiful Fluted Peak.
Fabulous scenery of mountains extends towards the east with Jugal Himal, Dorje Lakpa (6,980m), that forms a massive wall of mountains straddling the border of Nepal and Tibet.

By 5:30 a.m. to 6 a.m. Where short drive takes you to Kathmandu domestic airport and then board in a spacious seated Helicopter, where you will be welcomed by Helicopter airline staff and captain-pilot then board in a chopper on comfortable seats of small capacity for 4-5 person.

Where pilot seated in a cockpit in the front accompanied by co-pilot besides chief Captain, otherwise with only one primary pilot to take you to beautiful high country around Langtang Himal region.
After getting ready and well seating arrangement taking off above from the airport with vast panorama of Kathmandu city and of the valley facing views of white snow capped peaks in the North.

You are flying high soon, reaching around Langtang valley at Kyanjin for warm refreshment or breakfast from the local lodge where you can enjoy the vista of the mountain range for an hour or less weather permitting.
Where you can take short walks around Kyanjin settlement to observe local culture of Tamang with Buddhism culture and then fly back to Kathmandu to reach in the hotel by lunch time after a tremendous mesmerizing experience on Langtang Himal Helicopter Tour.

Although we run this Helicopter tour in the best time of the year, sometimes even in an excellent season where some days weather can be unreliable for a Helicopter flight or landing at the exact spot as predicted on the itinerary.
Captain of Helicopter and airlines will try the best to make you feel at great comfort, avoiding unnecessary disappointment and hassle due to unstable weather conditions, where we all make a great effort that you enjoy and have a great time with us.

Passengers booked for Langtang Helicopter Tour taking a maximum of 5 persons as per the capacity of the flying engine, for single person booking, we do run where the cost comes to higher side than sharing with other groups.
Age limit from young children of 4-5 years old to elderly of 70 years age also depends upon the health and physical fitness for flying into higher altitude, for above 70 years and younger than 4-5 years requires permission from your medical side and parents or guardians.
Langtang National Park:

Travelers might be unaware that Langtang Himal falls within Langtang National Park, where Helicopter tour takes you on the ride to land at Kyanjin within beautiful Langtang valley.
Langtang National Park covers an area of 1,710 sq.kms enriched with exotic flora and fauna; this was the park ever established within the high Himalayan region of Nepal since the mid-1970s to save its exotic and endangered wild-life like elusive Red Panda often seen on walks around Langtang area.

Langtang National Park located within Nepal Central Himalaya, the closest park from Kathmandu, where area extends as far to the border of Nepal and Tibet / China along 32 k.m aeronautical distance towards North of Kathmandu.

Langtang National Park plays a vital role in preserving and conserving some of the rare plants and mammals which is near to extinct in this part of the world, a great place with dramatic landscapes with the various change of climatic patterns, makes a broad spectrum of vegetation with different species.

Within Langtang National park also includes a small area of subtropical forest (below 1,000 m), to fair oak and pine forest around mid cooler hills with alpine scrub and grasses that fade as route lead to the bare rocky moraine, ice, and snow. 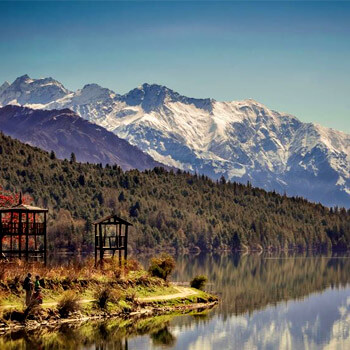 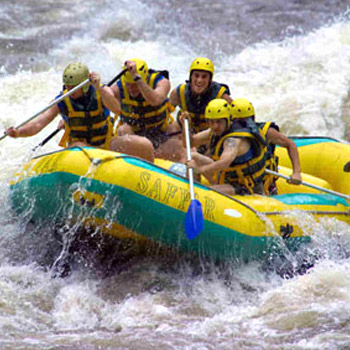 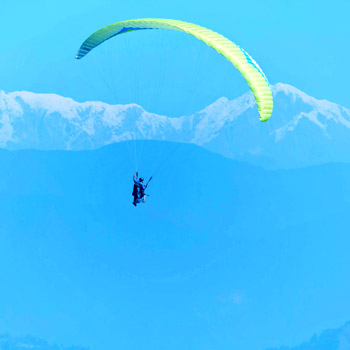 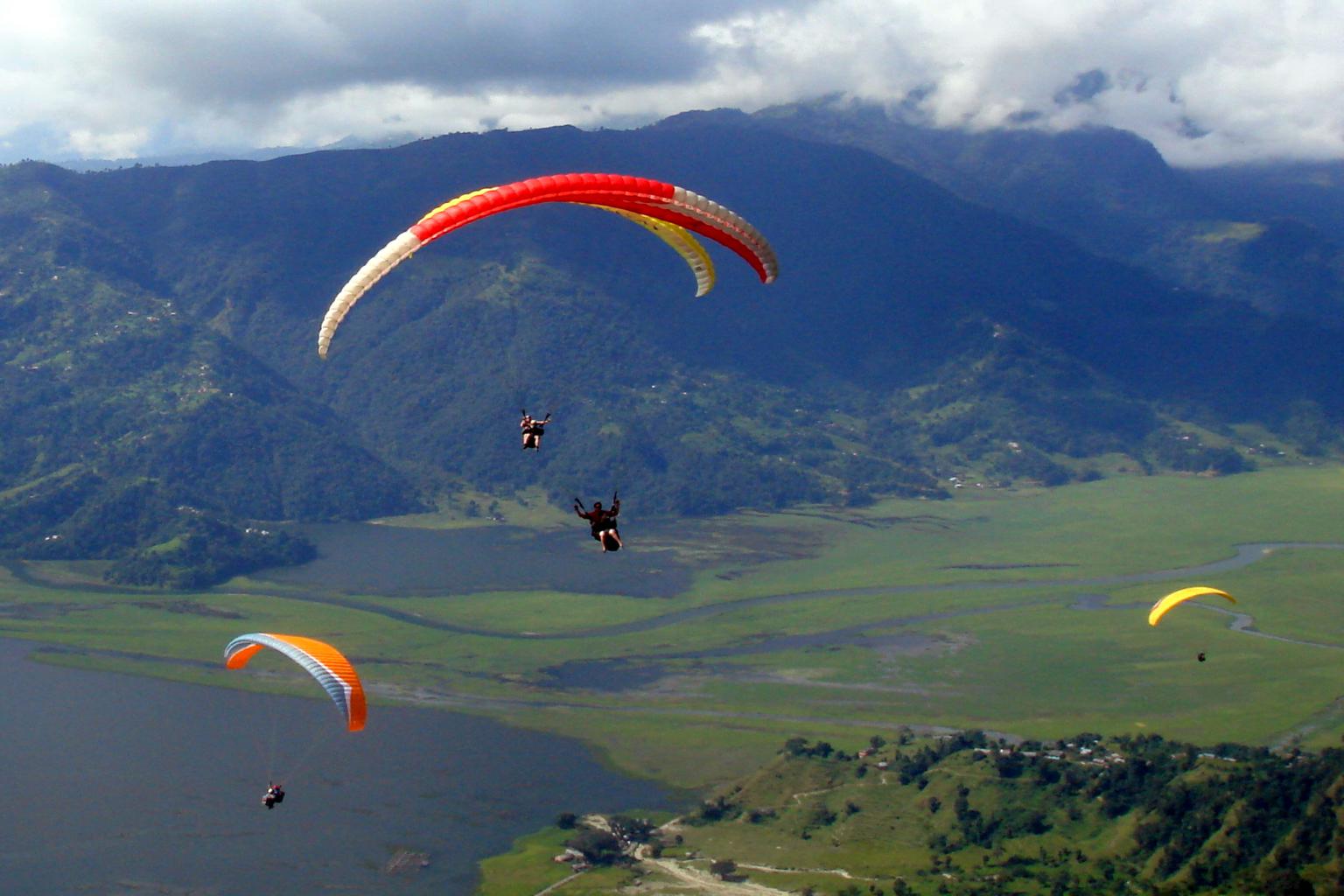